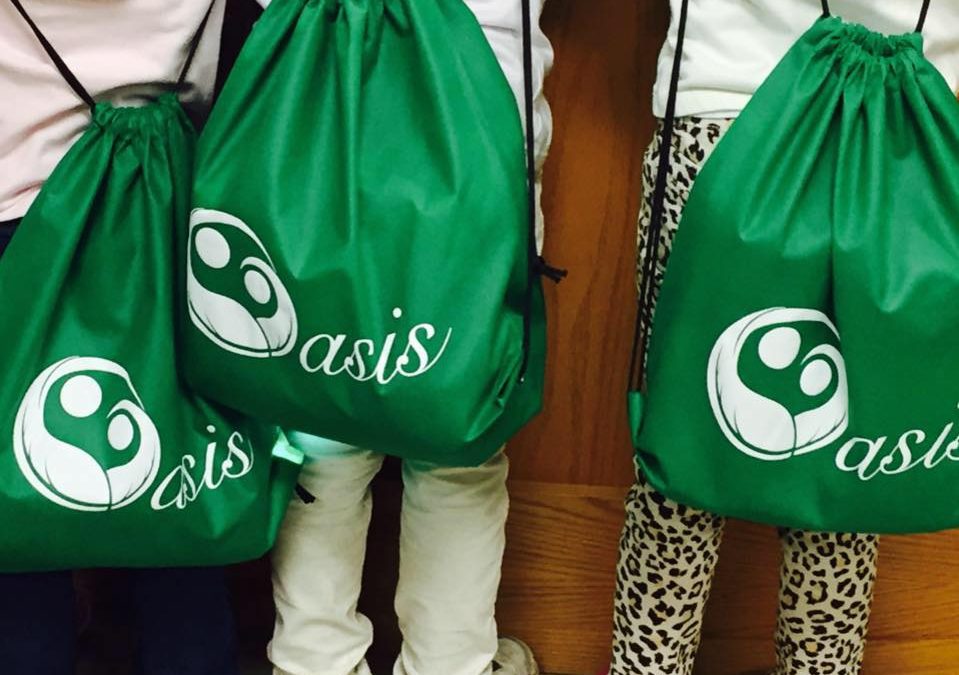 Jordan most likely didn’t know what he was getting himself into that sweltering August afternoon. He was just thirsty.

But God knew. God knew that Jordan’s temporary thirst would begin to cultivate something in the hearts of a few Kingwood United Methodist Church members; a passion they wouldn’t be able to shake until they did something about it.

Jordan, a middle-schooler at the time, was walking by Kingwood United Methodist Church a few years ago on that Wednesday afternoon when the youth department’s Associate Confirmation Pastor, Stacey Sweet, saw him outside and offered him a drink of water. Then, she invited him to stay for the youth group service that evening. She invited him to come back to church the following Sunday. Jordan came back, service after service, and even brought his three other siblings with him.

As Jordan and his siblings shared more about their lives, their story captivated Stacey, along with Nanette Lynch and her two adult children, Whitney Parrish and Kayla DeLange, along with their spouses, Paul and Ryan. Not that it was an easy story to stomach, because it wasn’t: the KUMC team had growing concerns about their safety.

When these kids’ worlds were falling apart, and when Child Protective Services had to get involved, Nanette and the others stepped up to be their “kinship care” by welcoming them into their homes and mentoring them—even if the siblings were rowdy, and even if their behavior problems were abundant.

Eventually, the KUMC team helped to get Jordan and his siblings placed in the Methodist Children’s Home in Waco, but not before Nanette said they changed the culture of this church and the conditions of her heart—so much that Nanette was determined to do more.

She found out about the Court Appointed Special Advocates organization, which is a governmental program that pairs trained adult volunteers with children who have been placed in the foster care system because their home is no longer safe.

As quickly as she could, Nanette signed up for training and became an advocate. But still, she felt there had to be more she could do. The Lord wasn’t done using Jordan’s story in her life yet.

Back at KUMC, Nanette and Stacey decided that they needed to organize something for the church to be part of: a ministry to serve the children in the foster care system and the families caring for them.

They dreamed up the Oasis ministry, a foster and adoption outreach at KUMC. With the Parent Night Out ministry, Nanette and her volunteer team give foster and adoptive parents the opportunity to rest for an evening, whether that looks like going on a special date or just getting some time to breathe.

For one night every other month, families are able to drop off the children they’re caring for at KUMC without having to fill out lengthy paperwork or slog through any red tape. What started with about 15 kids has grown to 40 kids in attendance at each Parent Night Out. It makes for a hectic yet grace-filled event where the kids can just be kids, complete with dinner and dessert (pizza and milkshakes), games (a bouncy house), and crafts (messy and fun).

Volunteers show up to help serve and connect with the kids, many of whom are part of families in the community who have heard about the KUMC ministry through word of mouth.

While Nanette said she first thought they were hosting the event to serve the children, she has come to realize how deserving the parents are of some rest.

“No one realizes how hard the parents work and how much they advocate for these kids. They have to deal with lawyers, caseworkers, therapists, and take the kids to appointments and court dates. These families are relentless for these children,” Nanette explained.

They also have a donation closet, called “Jordan’s Closet,” where they collect and distribute diapers, clothes, and even car seats to foster families.

The Lord hasn’t stopped using what, at the time, seemed like a happenstance meeting between someone in need and someone who could help. Isn’t that what the Lord does? He takes what seems like random occurrences or insignificant moments and uses them to change our hearts and minds to be more like His. He gives us glimpses into His kingdom when He shows us how he loves the vulnerable and wants us to love them, too. He gives us dreams for ministries and equips us to launch those ministries even when we think we should stay behind the scenes.

And on the days when Nanette said it doesn’t feel like she’s making a difference, when there are thousands of kids still in need, she remembers that she and her KUMC team are doing well at serving the families in the community right in front of them.